The signatories of this letter welcome the initiative of the European Commission for the long overdue recast of the Energy Taxation Directive (ETD). Such framework is key to reach the objective of the European Green Deal, as well as to boost the development of new energy markets and technologies which have evolved significantly since the directive was adopted back in 2003.

To achieve the European Union’s ambitious climate targets, it is essential to accelerate the progressive substitution of fossil fuels with the production of sustainable alternatives such as Renewable and Low-Carbon Fuels, including all sustainable gaseous and liquid fuels¹, by putting in place favourable tax incentives.

Taxes account for a significant share of the final price consumers have to pay for energy, and they have a decisive impact on consumer behaviour, including the choice of energy consumed and, therefore, on the investment decisions of fuel suppliers. Adjusting tax rates to the fossil content of the individual energy carriers, as set out in the Commission’s recent ETD proposal, is a first step towards reflecting the climate impact of each energy carrier. At the same time, the revised tax rates would be a key economic lever to compensate for the currently still high investment and production cost of Renewable and LowCarbon Fuels.

As we believe the Energy Taxation Directive recast plays a significant role in the success of the European Green Deal, we appreciate the progresses made at technical level under the lead of the Czech Presidency, and we look forward to a fruitful political discussion that should lead to the final recast of the Directive. This is particularly relevant as the Council is the sole legislator determining EU tax policy in comparison with other files. In addition, we call on the European Parliament to move on with the definition of its position to ensure legal certainty in the legislative process.²

Considering the current energy crisis and the negative social impact on EU households and businesses it is understandable that Member States are reluctant to move forward with the proposed legislation. However, shifting to sustainable energy carriers is not only a tool to address the climate crisis, but also the answer to a more diverse, resilient, and cost-efficient energy supply in the medium and long term:

Therefore, the signatories call on:

1 – The European Member States to swiftly reach an agreement on the Revision of the ETD that incentivises the production and the use of Renewable and Low-Carbon Fuels. Failure, as with the last attempt to transform the ETD into a more sustainable climate policy instrument, could lead to a shift of investments to other countries that are leading by example, as we are currently seeing in the United States³. EU Member States should not miss the opportunity to assume a pioneering role in the energy transition. We welcome the remodulation of the fuel taxation moving away from volume-based taxation, as it would be the enabler for the deployment of very low/zero taxation for sustainable alternative fuels and energies, while ensuring a level playing field. Furthermore, we favour the graduation of the tax rate based on the environmental performance and GHG savings of the fuel, which would be beneficial for the production of Renewable and Low-Carbon fuels. Importantly, this methodology should ensure that, by the end of the proposed transition period, all sustainable Renewable and Low-Carbon Fuels continue to benefit from a lower tax rate than fossil fuels.

2 – Maintaining the new provisions outlined in Article 2(6), which states that the taxation of an energy product consisting of a mixture of one or more products shall be based on each component at the applicable minimum rates. This would provide clear incentives for higher blends of Renewable and Low-Carbon fuels and thus also boost their production. However, the signatories would like to point out some practical shortcomings of this provision, such as the fact that an approved methodology, (e.g. a mass balance approach) will be required for accounting purposes, which may have huge impact on the tax return administration. For this reason, we call for an Implementing Act to allow stakeholders to participate in the technical discussions leading to a pragmatic and practical implementation of the Article 2(6).

3 – Finally, as divergent views in the Council seem to be mainly related to the push for fossil fuels used in intra-EU air and maritime transport to no longer be fully exempt from energy taxation, we recommend maintaining the ten-year minimum tax rate of zero for sustainable fuels in those sectors. In order to provide additional financial relief, we suggest using parts of the ETS revenues to financially support the aviation and maritime sector in their sustainable transition process. In this regard, the European Parliament and the Council have made relevant amendments to the revised ETS for the aviation sector as well as the Ocean Fund for the maritime sector. 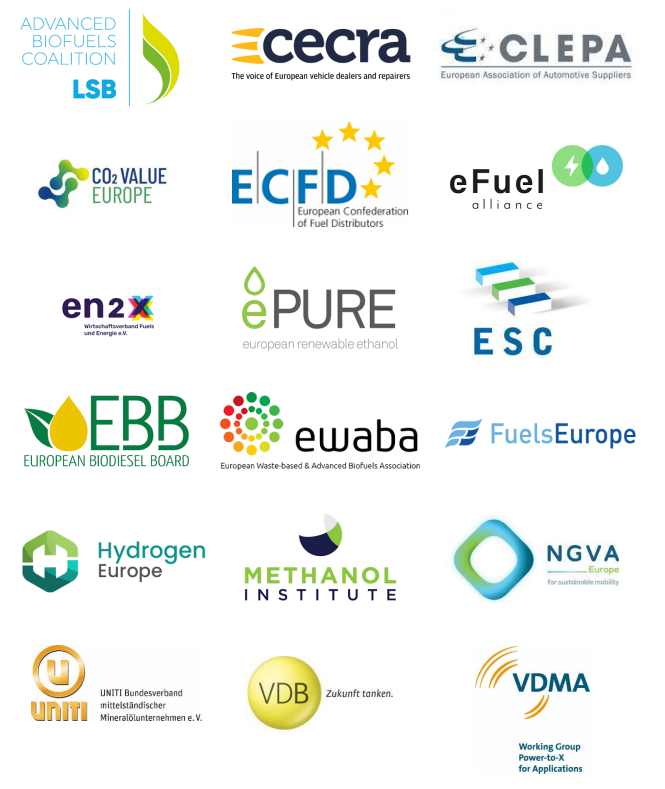 1 Abiding by the sustainability criteria included in the EU Renewable Energy Directive.
2 See Consultation Procedure
3 The Inflation Reduction Act (IRA), signed by President Biden in August 2022, provides tax credits of up to $3 per kg hydrogen if the carbon footprint is below 0.45 kg CO2 per kg hydrogen – for ten years! “These tax incentives will likely make the US one of the most competitive regions in the world for clean hydrogen production” according to the World Economic Forum. Source here.