On 28 June 2019, the EU and Mercosur states reached a political agreement for an ambitious, balanced and comprehensive trade agreement. Two years after, a coalition of 12 European business associations representing different European sectors call for the swift ratification of the process, to move forward and unlock the manifold mutual benefits that this agreement will deliver.

Failure to ratify the agreement would leave the EU and Mercosur with fewer instruments to build mutual trust and cooperate to face the biggest challenge of our time. Moreover, non-ratification will lead to Mercosur countries continuing to trade, or even expanding their trade, with other trading partners that have substantially lower environmental and labour standards. 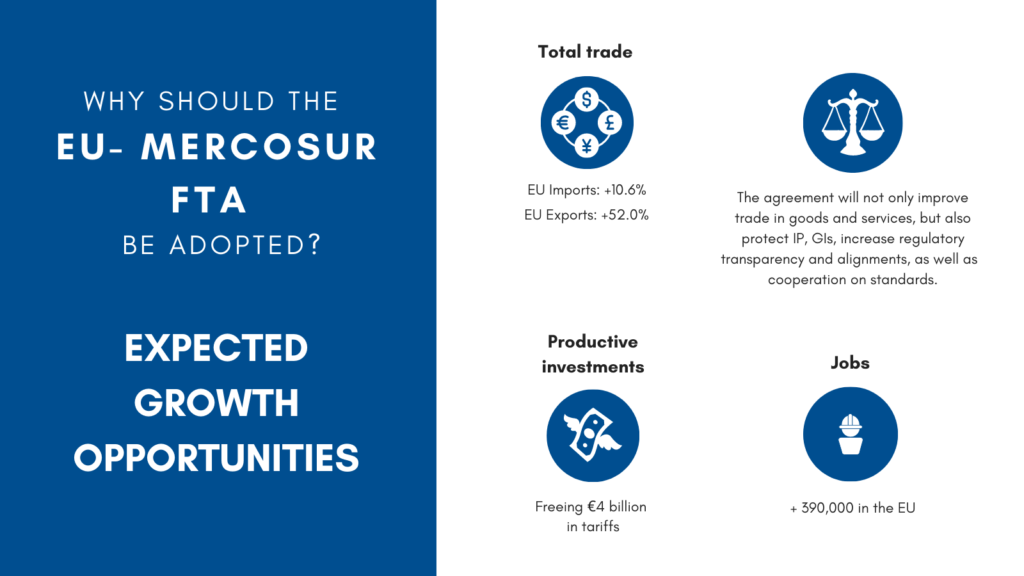