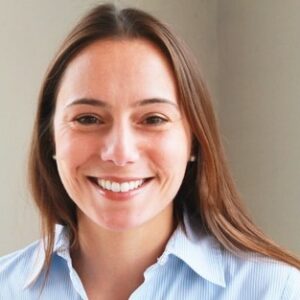 Filipa Rio has joined CLEPA as Head of Strategic Communications as of 27 September 2021. Filipa has nearly 14 years of experience in the transportation sector, from advocating for vehicle manufacturers, to advising tech, energy and automotive companies with strategic communications, to promoting alternative fuels at both the EU and global levels.

“I am thrilled to be returning to my automotive roots, and to join CLEPA at such an exciting time in the industry’s transformation. Never has collaboration between policymakers, innovators, industries, and the consumer been more important, and I am keen to leverage my expertise in order to support the automotive supply chain demonstrate its value as a solutions provider for safe, smart and sustainable mobility.”

Filipa began her career working for the US. Environmental Protection Agency, during which time she obtained her Master’s in Environmental Policy. She then spent 6 years at the Alliance of Automobile Manufacturers as Director of Environmental Affairs, where she supported negotiations on Obama’s One National Standard of fuel economy. She was later recruited by Harley-Davidson as Manager of Government Affairs for the region of Latin America, where she was the principal liaison between the motor company and 26 national governments.

After many years spent working in the United States and Latin America, Filipa moved to Brussels for a position with FTI Consulting, a leading public affairs agency, as Senior Director of Strategic Communications. There she developed and drove EU public affairs campaigns for various automotive and energy clients. Her most recent role was with Liquid Gas Europe (and the World LPG Association) advocating for the use of LPG as an alternative transport fuel. She was then promoted to Acting General Manager of the association, before accepting her new role with CLEPA.

At CLEPA, Filipa’s work will focus on leading external communication strategies in support of organisational objectives and key focus areas in order to strengthen the association’s voice towards EU stakeholders, institutions, with the media, and the public in general.