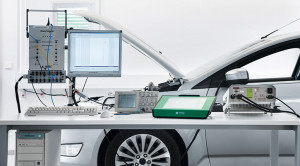 On the draft EU Regulation on type-approval and market surveillance, several bilateral discussions took place with CLEPA members, EU Commission and other stakeholders to prepare the CLEPA position on the draft Regulation and the amendments to be proposed to the European Parliament and to the Council.

The draft CLEPA concerns were presented on 25 April 2016 to the European Parliament Rapporteur Mr Dalton. He expects CLEPA final position and amendments by end of May 2016.

On the ELV Directive, the Automotive Industry (ACEA, JAMA, KAMA, CLEPA, ZVEI) met DG Environment on 25 April 2016 in Brussels to present and discuss proposal on amending ELV Annex 2 on homogeneous materials to avoid never ending review of exemptions. An updated proposal will be tabled according outcomes of the meeting.

On REACH, the Automotive Task Force AITF-REACH met on 28 April 2016 in Rüsselsheim. On the agenda:

CLEPA experts on eCall met on 5 April 2016 to prepare the UN meeting to draft a Regulation on eCall systems (AECS) and to review status of the draft delegated and implementing acts to the EU eCall Regulation.

The UN Informal Group on Automatic Emergency Call Systems (AECS) met from 12 to 14 April in Paris. The draft UN Regulation has been finalized, except 2 pending issues:

The 110th session of the UN Working Party on General Safety (GRSG) was held from 26 to 29 April in Geneva. Amendments were agreed for UN Regulations on vehicles carrying dangerous goods and on the use of Compressed Natural Gas heater. Discussions to continue on:

On Braking Systems and Running Gears

The provisional calendar of the European Commission Directorate General Growth is still unavailable; most activities are still on hold since the Technical Committee Motor Vehicles’ adoption of the EU’s Real Driving Emissions – Light Duty Vehicles provisions.