Winter will be difficult – Is the EU ready? | Newsletter Editorial September 2022

The problem is obvious, but hard to resolve. In the EU, the price of gas is on the rise and so is the price of electricity.

This is a serious issue for citizens and businesses, particularly for energy intensive manufacturing but not only. Automotive suppliers and vehicle manufacturers also feel the pain. 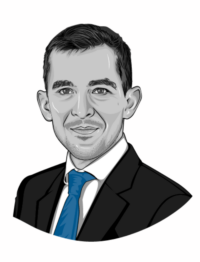 The year 2022 has been difficult: One in three automotive suppliers recorded an operational profitability of less than 1% in the first half of the year. The impact of the high energy costs is likely to cause even more pressure in 2023, as energy contracts for next year are up for renegotiation and prices are expected to multiply. Reducing consumption can only realise marginal relief and will reduce productivity and revenues.

Passing on cost increases to customers, even if only in fractions of the actual burden, requires very difficult negotiations. Energy prices were already high in the EU before the current crisis, lowering the competitiveness of industry in comparison to other regions, such as North America and Asia. Recent developments compound and exacerbate lingering distortions of the supply chain. The term deindustrialisation is being used in the public debate, with some justification.

CLEPA is following and contributing to the debate on political support. Price caps, solidarity contributions, filling of gas storages and other measures will provide some relief. Furthermore, there is a need for transparent and up to date information on policy measures, including possible mandatory energy consumption reduction rules. Businesses and supply chains in distress will likely need public financial support, requiring a pragmatic application of state aid rules, without distorting competition in the Single Market. A delicate balance to strike. Ultimately, the supply of affordable energy from sources in Europe or beyond has to be secured.

The key role of diversification

Similar questions arise in other policy areas. The automotive industry is transitioning towards electric mobility, which will strongly contribute to reducing CO2 emissions but also risks new dependencies. The key role diversification plays in guaranteeing the energetic independence of Europe was stressed by the European Commission President, Ursula Von der Leyen, in her 2022 State of the Union Address. Adding later: “Lithium and rare earths will soon be more important than oil and gas.”

We should be aware of trading off such energy dependencies for materials. In the case of electric vehicles (EVs), most of the lithium for vehicle batteries is dominated by only one country, China. We welcome the Critical Raw Materials Act announced by the Commission, but the current scenario shows increased prices of raw materials for batteries, mostly coming from non-EU sources. In the meanwhile, the European Chemicals Agency seeks to classify lithium as a reproductive toxin, putting a further burden on European companies in securing this metal to produce electric vehicle batteries.

“We must give industry a clear signal and allow them to plan investments going forward”, said Commission Executive Vice-President Frans Timmermans in June, before the debate on CO2 standards for cars and vans in Parliament. We agree with such an approach, and we would like to see it implemented in coherent and coordinated policy frameworks, based on pragmatic proposals that avoid unnecessary burdens on European companies.

CLEPA has long advocated for technology diversity, harnessing the full innovative power of the industry. The ongoing trialogues on CO2 for cars and vans are looking at a marginal clause, which would not close the door completely on the further use of internal combustion engines (ICE), that can be climate neutral when running on sustainable renewable . As we asked in a joint letter with 72 other associations, allowing the use of renewable fuels on a voluntary basis would allow users and providers of technology to determine whether it would be a competitive solution. Not least, increasing the use of renewable fuels is the key to reducing carbon emissions from the existing fleet. Maintaining technology diversity and affordability of mobility should also guide decisions on the upcoming proposal for new pollutant standards (EURO7) expected this year.

Complementary solutions to e-mobility would also mitigate the impact on jobs, as showed by our study, and would provide the industry with additional resources to invest in the market development of climate-neutral technology. Groupe Renault suggests in their recent announcement that it will continue to sell ICE cars as long as possible through the DACIA brand to support the electrification of the Group. “Each has its role to play”, commented Dacia CEO Denis Le Vot, emphasising how this clear-cut choice is driven by the risks associated with electrification.

During the year, many authoritative voices expressed their opinion in the debate on the Commission’s proposal pointing out the limitation of an EV-only approach. Such as Andy Palmer, former Nissan CEO who launched the first mass-market electric vehicle and pointed out embedded emissions in the production of EVs. Peugeot CEO Linda Jackson confirmed the role of the combustion engine for international markets and Stellantis CEO Carlos Tavares, who underscored the risks associated to the political decision of phasing out the ICE. Lately, Hildegard Müller, president of the German VDA, warned “against pushing the ambition level even higher in the EU legislative process”, and also the new Volkswagen CEO Oliver Blume seems to look more favourably on renewable fuels.

There is a growing awareness within the automotive industry that fossil fuels should be banned, but not technology. The advanced ICE still has a role to play. But if this were not enough, the geopolitical changes triggered by the outbreak of war in Ukraine have forced European countries to consider their energy policies and the consequences they may have on their own citizens more carefully.