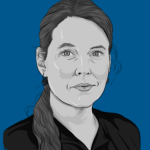 It is illustrative and understandable that Member States are wrestling to find a compromise on the CO2 standards for cars and vans, just like the European Parliament did earlier this month.

It’s one of these political decisions where the far-reaching impacts on climate protection, but also on EU citizens, and our industrial fabric, risk to collide.

Just ahead of the Parliament’s vote on 8 June, the European Commission Vice-President, Frans Timmermans, addressed the plenary with a very emotive call to action. His message? Electric vehicles are an exciting, clean technology, and the future for Europe.

It’s hard to think of anyone who would not agree with this.

However, we take issue with the notion that banning the internal combustion engine (ICE) from 2035 is the only way to guarantee the success of the transition to electromobility, or to achieving climate goals.

And we protest to the discussion being narrowed to an ‘either/or’ debate. As if proposing anything in addition to electric equals being against and has no ground to stand on.

Automotive suppliers believe in a smart and sensible technology mix. A strategy that pushes the rapid and widespread sales of electric vehicles, and that counts with a measured use of alternative solutions involving advanced internal combustion engine technology with sustainable renewable fuels. One which maintains consumer choice and affordability, which mitigates employment loss as we increasingly transition to electrification, and which maintains EU competitiveness. One that is inclusive to a technology in which we are global leaders and that can still play an important role in decarbonisation.

After all, the ICE is not the problem; fossil fuels are. Just like not all EVs run on green energy, not all ICEs need to run on fossil fuels.

EVs will undoubtedly succeed where there is a business case, but where there is not, we ought to have choice. Openness will allow the market to find equilibrium between what is feasible and demanded, both from industry and the consumer side.

Advanced ICE technology, running on renewable hydrogen for example, and electromobility should co-exist and complement each other, helping us to reach our climate ambitions faster and more efficiently. By contrast, the banning of the ICE engine puts half million jobs at risk, as our study shows. Cutting jobs during a time of economic and political uncertainty, with a financial crisis looming, is just bad policy.

Ahead of the Council vote

The green transition is well underway, and there is no such thing as status quo. All parties agree and support the goal of climate neutrality, but the question is how we get there.

There are those that argue that an EV-only approach is the right way forward, while others see a more pragmatic approach, involving a technology mix – without compromising on climate – but also without pushing the stakes of the social dimension to a next chapter in the policy frame.

Carlos Tavares, Stellantis’s CEO, has always stressed the risks of the current EU proposal, especially for the production of cars in the small and medium segment, where affordability is a key element.

Take the stance taken by the German Finance minister Christian Lindner against the official position of his government which, instead, supports the 2035 ICE ban. Lindner joins his colleague Volker Wissing, the German Transport minister, who has expressed criticism on this topic multiple times in the past.

On 23 June, furthermore, five EU countries – Italy, Bulgaria, Portugal, Romania and Slovakia – proposed to delay the ICE ban from 2035 to 2040.

CLEPA’s President Thorsten Muschal, together with the CECRA’s President Jean-Charles Herrenschmidt, sent an open letter to the EU Governments calling for the importance of an open technology approach in the transition. To make the green transformation in the mobility sector an industrial and social success across Europe, this should be the way forward.

In the meantime, last week Germany reopened its coal plants, to cope with Russia’s cut in gas supplies. The war in Ukraine is showing all the risks – also for the reductions of the CO2 emissions – that occur when States and communities rely only on a small range of choices for their energetic independence.

China, on the other hand, is investing in reinforcing its role as the world’s largest producer of car batteries, leveraging lower costs and the economies of scale provided by the size of its domestic market. The widespread use of EVs in the Chinese market also raises the question concerning the climate neutrality of the electricity production, given the Asian giant’s extensive use of coal-fired power plants.

Ambition, coupled with diversification, pragmatism, and a market-oriented attitude should drive our policy choices towards climate neutrality in these turbulent times.

We must reconcile mobility needs, with sustainability and climate, and with industrial competitiveness.