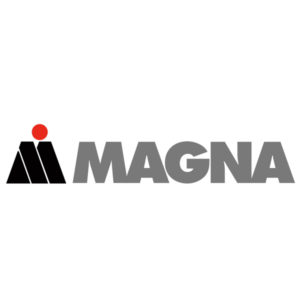 On October 17, Magna received top honors from the Society of Plastics Engineers (SPE) Central Europe at the Automotive Awards Ceremony in Dusseldorf, Germany, to recognise the industry’s most innovative use of plastics. A skid plate for a premium European automaker won the Grand Award as the top part across all categories, in addition to placing first in the exteriors category.

All four products recognised at the event were developed with lightweighting and fuel efficiency in mind as manufacturers look for every possible way to make improvements in these areas. The skid plate, developed in conjunction with material supplier A. Schulman, Inc., is an injection molded, plastic part with a silver metallic look that also helps reduce vehicle weight. The active grille shutter is located on the outer, visible surface of the vehicle’s grille and has louvers that electronically open and close to deflect air, which reduces drag and lowers emissions.

This recognition comes on the heels of another prominent industry award. The SPE Detroit Chapter awarded Magna an Innovation Award in the exteriors category at its Automotive TPO Conference on 4 October for its work on front and rear fascias for the 2017 Chevrolet Camaro ZL1.