What you will find in this half of the year report

Will rising costs and falling profits impact investments in the mobility transition?

The economic ecosystem of the EU’s automotive supply industry shows a mixed bag in the first half of 2022. Whilst revenues remain significantly below pre-COVID levels and operational profits continue to shrink, investments in new facilities and job creation highlight what’s at stake for Europe as pressures mount.

Over the first six months of this year, supplier revenues, exports and profitability were down compared to the same period in 2021, suggesting that optimism regarding a strong post-COVID recovery has lost steam. Rising costs and potential further market headwinds will likely continue to challenge a sector that has so far shown remarkable resilience and commitment to investing in Europe’s industrial base.

The automotive supply industry demonstrated its resilience and contribution to Europe’s economic fabric and employment over the first half of 2022. Automotive suppliers maintained investments despite falling revenues and profitability, but energy and raw material costs could prove an existential threat for many businesses in the months to come.

The EU automotive supply industry generated around €160 billion in sales over the first half of 2022, adjusted for inflation. Sales are 1.1% below the results achieved over the same period in 2021 and remain 9% below the levels recorded before the outbreak of the COVID-19 pandemic.

The EU’s automotive supply industry attracted around €7.5 billion in foreign direct investment in the first half of 2022, 13% above the level recorded over the same period in the prior year. Germany (€4.2 billion; 56% of total investment), Spain (€1.7 billion; 22%), and Austria (€1 billion; 17%) attracted most of the investment in the European supply industry in the first half of 2022. Foreign direct investment created more than 10,000 jobs in this period. Northvolt’s €4 billion investment to build a 60 GwH battery cell plant in Heide was by far the largest investment announcement. The factory should start delivering batteries for electric vehicles as of 2025.

European automotive suppliers exported €26 billion worth of parts over the first six months of 2022, 3% below the level recorded in the same period last year. The industry imported €13.6 billion of automotive parts over the first half of 2022, 13% above the level recorded over the same period last year. The EU’s trade surplus fell by €2.2 billion to €12.4 billion. 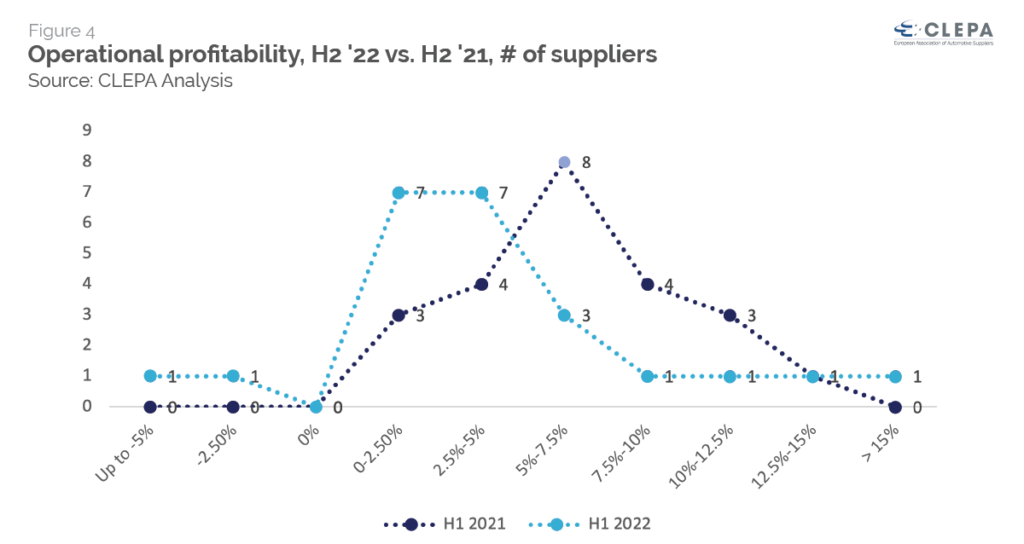 Automotive suppliers committed significant investments in the transformation toward electric and autonomous vehicles in the first half of 2022, resulting in almost 8,000 job announcements. However, at the same time, the transformation is also resulting in job losses, with 3,750 job cuts being announced by suppliers over the same period, which are not always compensated 1:1. An earlier study by PwC Strategy&, commissioned by CLEPA, indicated that after 2025 the transformation would result in up to 500,000 job losses in the powertrain domain by 2040, with the majority of losses coming after the job gains. Vehicle manufacturers announced a net job joss of 1,450 position over the same time period. 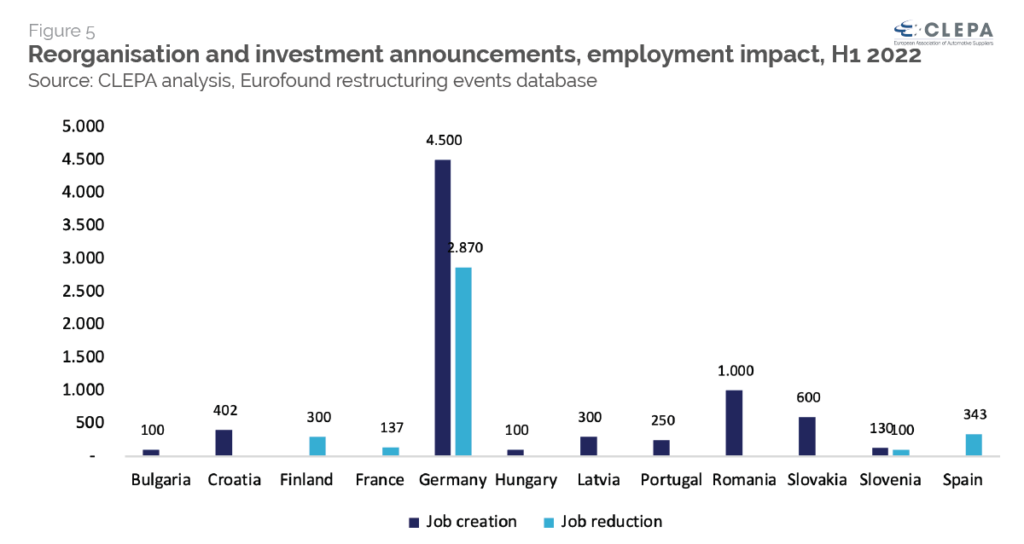 The industry’s rapidly declining profitability due to recent cost increases, coupled with an already challenging transition, should be a wake up call to policymakers. What is needed now is close cooperation to protect Europe’s competitiveness. Now, more than ever, diversification is crucial.Tech and energy diversity can help ensure industry resilience and avoid new dependencies, while maintaining jobs, consumer choice and meeting ambitious climate objectives. 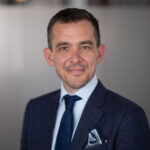